It is the first day of school in Chad, Africa. Children are filling the road.

But when he and the other children arrive at the schoolyard, they find no classroom, no desks. Just a teacher. "We will build our school," she says. "This is our first lesson."

James Rumford, who lived in Chad as a Peace Corps volunteer, fills these pages with vibrant ink-and-pastel colors of Africa and the spare words of a poet to show how important learning is in a country where only a few children are able to go to school. 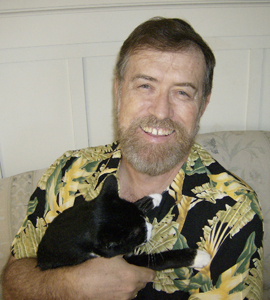 Rain School is a book that comes directly from my experiences as a Peace Corps volunteer in the African country of Chad. I remember one particular evening now long ago. School was out. The summer rains had come, and in the coolness of the evening, my wife and I decided to take a walk around the town of Klo, where we were teachers at the local middle school.

Not far from our house, we happened upon the rain-washed ruins of an elementary school. The roof had fallen in. The dirt walls had collapsed, but the mud desks still had some shape to them. Here and there students had bored holes in the sides of their desks for pens or pencils or rulers. Suddenly we realized that come September these ruins would come to life again. Teacher and students would repair the roof and the walls, give the desks a new coat of mud, and, in no time, school would be underway. We were stunned to think how much we had taken for granted back home. Now decades later, I have decided to write about that school. I wanted to give readers today pause for thought, a moment of appreciation for the school down the street and the men and woman who make education so easily available in our country. Then I drew the pictures. I used the ink-and-pastel style I created for A Chuva de Manga (BrinqueBooks, 2005), a book about mangoes and creativity, which I published in Brazil, and called on that book's main character, a Chadian boy named Toms, to "tell" us about his first year at school. Happy Reading,

Minecraft: The Complete Handbook Collection
On sale from $23.24
Sale
View