Guilt by Association [ GUILT BY ASSOCIATION ] by Clark, Marcia ( Author ) on Apr, 20, 2011 Hardcover Los Angeles D.A. Rachel Knight is a tenacious, wise-cracking, and fiercely intelligent prosecutor in the city's most elite division. When her colleague, Jake, is found dead at a grisly crime scene, Rachel is shaken to the core. She must take over his toughest case: the assault of a young woman from a prominent family.

But she can't stop herself from digging deeper into Jake's death, a decision that exposes a world of power and violence and will have her risking her reputation--and her life--to find the truth.

With her tremendous expertise in the nuances of L.A. courts and crime, and with a vibrant ensemble cast of characters, Marcia Clark combines intimate detail, riotous humor, and visceral action in a debut thriller that marks the launch of a major new figure on the crime-writing scene. 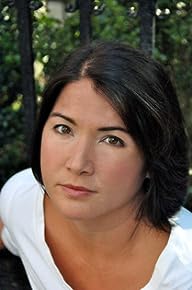 Alafair Burke is the bestselling author of six novels, including 212, Angels Tip, and Dead Connection in the Ellie Hatcher series. A former prosecutor, she now teaches criminal Law and lives in Manhattan. Long Gone, her first stand-alone thriller, will be published by Harper in June 2011.

Not too many years ago, an influential friend in the literary world told me, Legal thrillers are out. Having just published my first two novels, both featuring Portland Deputy District Attorney Samantha Kincaid, I desperately needed this death announcement to be premature. The problem, I argued, was an overabundance of bad legal thrillers that had scarred the subgenres once-good name. Perhaps trying to replicate the success of groundbreaking novels like Scott Turows Presumed Innocent and John Grisham's A Time to Kill, publishers had overpurchased and overpromoted courtroom-centric novels by lawyers who managed to turn the term legal thriller into an oxymoron. Evidentiary objections, jury selection, and cross-examinations might be real goose bump inducers compared to the average lawyers workday, but as ingredients for a page-turner? No, thank you.

Well, Im delighted to report that, despite my friends death knell, law-based crime fiction is alive and well thanks to authors who focus not on blue-in-the-face litigators hollering Objection! at one another, but on good old fashioned storytelling about characters who just happen to be lawyers. When the industry had all but written off the so-called legal thriller in favor of high concept novels in the spirit of The Da Vinci Code, Linda Fairstein and Lisa Scottoline continued to dominate bestsellers lists because they wrote damn good books. Today, Michael Connelly has put to rest any lingering questions about the viability of the subgenre by bringing Mickey Haller to every medium -- #1 in hardback and digital, and $46 million and counting at the box office. What makes these books irresistible arent the bells and whistles of the technical ins and outs of the legal system, but memorable characters and solid plotting in the hands of masterful storytellers.

With Guilt By Association, Marcia Clark joins the ranks of Scottoline, Fairstein, and Connelly. Her debut novel introduces us to Los Angeles prosecutor Rachel Knight, a member of the offices elite Special Trials Unit. In the opening pages, Knights friend and colleague Jake Pahlmeyer is found dead at a seedy motel under even seedier circumstances. She inherits a high-profile rape case from his desk. While the victims father exerts political pressure for an arrest, the investigation takes Rachel into LAs gang world and makes her a target. As if that werent enough to keep a gal busy, she cant help poking around into Jakes death, despite strict orders to mind her own bees wax.

Like the finest books in the legal thriller subgenre, very few pages of Guilt By Association take place in the courtroom. Instead, we see Rachels interactions with cops, contacts, and witnesses. We see the action as it unfolds, not as it is summarized later in the artificially sterile courtroom setting. We see Rachel at home with her friends. We get to know--and like--her.

Much attention will certainly be paid to Clarks former career as a prosecutor in Los Angeles, most notably as the head prosecutor in OJ Simpsons criminal trial. That platform will also undoubtedly bring extraordinary attention to a debut novel. But an unfortunate consequence of any emphasis upon her significant legal career might be an inaccurate perception of the book itself. Clarks expertise about the criminal justice system leaps from the pages of Guilt By Association, but not because she shows off her knowledge of the law, rules of evidence, or courtroom procedure. Rather, her experience allows her to write with confidence rarely seen in a first novel--about Los Angeles, about Rachel Knight, about the secondary characters who occupy Knights world and become a part of ours. Guilt By Association succeeds because of Clarks gifts as a writer, not as a lawyer. With those gifts, she has created a true legal thriller--emphasis on the thrill.

The Grendel Affair: A Spi Files Novel
On sale from $17.60
Sale
View