Third World America: How Our Politicians Are Abandoning The Middle Class And Betraying The American Dream

Its not an exaggeration to say that middle-class Americans are an endangered species and that the American Dream of a secure, comfortable standard of living has become as outdated as an Edsel with an eight-track player. That the United States of America is in danger of becoming a third world nation.

The evidence is all around us:

Our industrial base is vanishing, taking with it the kind of jobs that have formed the backbone of our economy for more than a century; our education system is in shambles, making it harder for tomorrows workforce to acquire the information and training it needs to land good twenty-first century jobs; our infrastructureour roads, our bridges, our sewage and water, our transportation and electrical systemsis crumbling; our economic system has been reduced to recurring episodes of Corporations Gone Wild; our political system is broken, in thrall to a small financial elite using the power of the checkbook to control both parties.

And Americas middle class, the driver of so much of our economic success and political stability, is rapidly disappearing, forcing us to confront the fear that we are slipping as a nation that our children and grandchildren will enjoy fewer opportunities and face a lower standard of living than we did.

Its the dark flipside of the American Dream an American Nightmare of our own making.

Arianna Huffington, who, with the must-read Huffington Post, has her finger on the pulse of America, unflinchingly tracks the gradual demise of America as an industrial, political, and economic leader. In the vein of her fiery bestseller Pigs at the Trough, Third World America points fingers, names names, and details whos killing the American Dream.

Finally, calling on the can-do attitude that is part of Americas DNA, Huffington shows precisely what we need to do to stop our freefall and keep America from turning into a third world nation.

Third World America is a must-read for anyone disturbed by our countrys steady descent from 20th century superpower to backwater banana republic.


From the Hardcover edition. 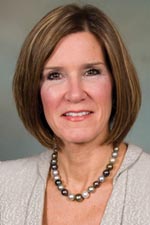 Mary: In August, thirty thousand Americans stormed government offices for a chance to apply for a few hundred Section 8 housing slots. That same month, a relentlessly "get'er done" kind of guy, Mort Zuckerman, penned an Wall Street Journal op ed entitled, "The End of American Optimism." All confidence indicators are scraping rock bottom, including the all-powerful political "right track/wrong track." No one in the "ruling class" dares utter the word malaise, but they all wear it like a wet, wool mantle. And now you, my eternally optimistic friend! You and I came to Our Nation's Capital at the same time--I like to joke when you were a conservative, I was a moderate! Whatever our politics, we have always both been optimists. So when you gave me a copy of your manuscript, I was surprised by the title, Third World America. Thank goodness I was reading your manuscript side-by-side with one of my current favorite new books by Matt Ridley, The Rational Optimist, whose ten-thousand-year view gives one space for easier breathing.

Arianna: I know "Third World America" is a jarring phrase, but I wrote this book as a warning, a way of saying that if we dont change course--and quickly--that could very well be our future. Growing up in Greece, everyone knew someone who'd left to find a better life in America. That was the phrase everyone associated with America: "a better life." When I came to live here in 1980, I knew that there was no other place I'd rather live. And I still feel that way. But something went wrong--terribly wrong--and put our country on a very dangerous path that threatens to transform us into Third World America. Wherever I looked, and in so many of the stories we covered on The Huffington Post, I kept seeing all the ways the middle class was getting the short end of the stick. It was the way that Washington rushed to the rescue of Wall Street but forgot about Main Street. It was the daily drumbeat of depressing statistics: One in five Americans unemployed or underemployed. One in eight mortgages in default or foreclosure. One in eight Americans on food stamps. Upward mobility has always been at the center of the American dream--a promise that if you work hard and play by the rules, you'll do well and your children will have the chance to do even better. But now, that promise has been broken--and America's middle class is under assault. The American Dream is becoming a nightmare--one of our own making. But the book, at its core, is, in fact, optimistic. It's partly a critique of the many ways things are broken--but it's also a practical guide for how to fix them.

Mary: Not only did we come to Washington together, we came up with the same worldview. My people escaped from (then) Yugoslavia "for a better life." Croatians (Dalmatians) and the Greeks go back to antiquity, characterized by a smart, hard work ethic and sound, ahead-of-the-curve reasoning. It is not accidental we gravitated to this country, where our hopes and dreams could be realized by not just our effort, but through the opportunities available only in the unique American system, which I will get to in a minute. For the millions of Americans like us, your sad chronicling of the dream gone bad is almost unfathomable but for all Americans even more outrageous is the failure of "the system" to anticipate it--and worse--to have tools to alleviate it. In their seminal, bestselling opus, This Time Is Different, Drs. Reinhart and Rogoff replace hundreds of years of empirical data with decades of smart-guy theories to expose the fallacy and fantasy of economic theorists who think they are smarter than their predecessors. So what we are all in shock over was eminently knowable; worse, the perps who didnt see it coming are the least hurt by the devastation they wreaked on the middle class. 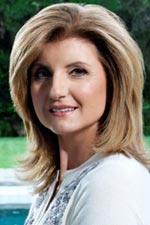 Arianna: Thats definitely a beyond left and right conclusion! What became clear while writing this book is that the decline of the middle class was no accident. It was the result of tricks and traps. Tricks in the ways we financed our homes. Traps in the ways credit card companies used hidden fees and fine print and skyrocketing interest rates to get their hands on our money, driving more and more people into debt. So, yes, the game is rigged. Our financial system has become a bad carnival game where the rich always get the grand prize and the average American walks away empty-handed. We've gone from an economy where we make things to an economy where we make things up: default credit swaps, derivatives, CDOs and the like have turned Wall Street into a casino. Actually, a casino is fairer: at least you know the odds going in. And for me, the answer to the question of how we got here has to start in Washington, where special interests run the show--and where lobbyists outnumber elected officials 26 to 1. Unfortunately, there are no lobbyists for the American Dream. Now, I know you played a lobbyist on HBO ... so I'm curious what your take on the role special interests now play in Washington. For me, this is one of those questions that is beyond the right vs. left framing the media loves to apply to every issue in Washington. I think both sides are under the influence of a small financial elite.

Evanovich: Hahaha! On the HBO series, K Street, I was terrible playing a lobbyist (overcoming my natural ideologue persona was impossible), but making a fool of oneself is a small price to be in the wake of Steven Soderbergh's genius (not to mention breathing the same air as George Clooney--who is beautiful on the inside, too). I used to think lobbyists provided an economy-of-scale representation for busy Americans, but when I learned how many hard working, highly productive and profitable industries connected to the oil business did NOT have lobbyists to protect them from the "arbitrary and capricious" moratorium in the aftermath of the BP spill, it was a sad, revelatory moment. These are men and women whose families had lived and prospered on the water for centuries; who turned fishing and shrimping vessels into bigger businesses, providing indispensable services and thousands of jobs in the process, all while preserving a one-of-a-kind American culture. I am still not anti-lobbyist (there are many good and necessary ones), but you and I surely agree on a couple of points: 1) there has to be a more accessible/successful way to petition the national government in a national crisis; 2) taking meetings with lobbyists at the coffee shop so they don't appear on the White House visitors' log is hardly transformational transpar

Stealth Of Nations: The Global Rise Of The Informal Economy
On sale from $17.97
Sale
View

Aftershock(Inequality For All--Movie Tie-In Edition): The Next Economy And America'S Future
On sale from $16.96
Sale
View

The Color Of Oil : The History, The Money And The Politics Of The World'S Biggest Business
On sale from $13.51
Sale
View